I had two court dates scheduled in November and December 2018 to pursue money owed to me by my ex.  Both dates were adjourned and we are now scheduled to proceed on Monday, January 28, 2019.

It is interesting to me that the word of the year for 2018, as chosen by Merriam Webster dictionary was in fact “Justice.” Apparently the search for this word increased by 74%.

In keeping with the theme, I just returned home from watching the movie Serenity starring Matthew McConaughey and Anne Hathaway. Matthew’s character just happened to be trying to catch a monster tuna fish that he named “Justice”. 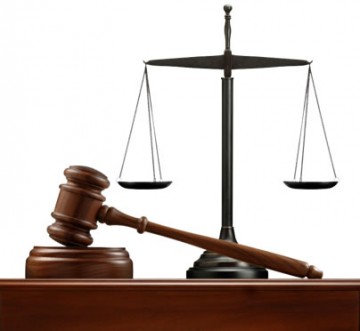 She advised that my ex’s lawyer contacted her at 9:00 a.m. offering a sum in excess of $100,000 if I agreed to adjourn the hearing. That was still a low ball offer, was not in writing so my ex could not be trusted to keep his word and it was clearly because my ex was not prepared and wanted to buy more time until some point in the new year. He had missed the deadline for filing his response and it had still not been filed as of the day of hearing so there was a good chance my court application would be considered uncontested by him.  I had no desire to put off resolving our issues any more and I refused to accept this offer.

The hearing ended up being adjourned anyways.  Two supposedly quick 10-minute hearings were heard before our scheduled 2 hour hearing. One lady was self-represented so this hearing dragged a lot longer than anticipated. My lawyer and my ex’s lawyer were discussing numbers (of course my ex didn’t have the courage to show his face in court to a judge) until it was our turn.  Then the judge announced she was taking her scheduled break in 15 minutes (11:15) and then her lunch as scheduled and would commence with the afternoon hearings as scheduled at 1:00 p.m.  Therefore, she doubted she had time to hear my case.  She listened for 15 minutes and felt there might be a jurisdiction issue and my ex’s lawyer would have to agree she had jurisdiction to rule.  Of course he wouldn’t do this as he didn’t want the hearing to proceed so we had no choice but to reschedule.

I overheard my ex’s lawyer calling my ex to confirm his availability for a December 7 court date.  His lawyer said to him, “Ya, you can loosen the noose for now but don’t put it away in your closet.  It is going to get tight again real soon.”